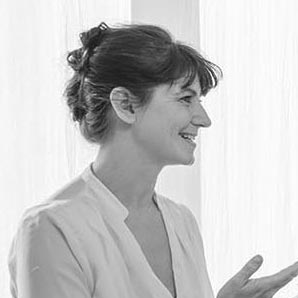 Conflict Competence as a leadership quality is becoming increasingly important. Teams and companies need leaders who are up to the challenge of dealing with differences and conflicts as the arise. A prerequisite for dealing effectively with changing market dynamics, uncertainty and internal diversity is conflict competence. Agility requires conflict competence.

Conflict competence, is, however, not only a question of mindset. It is also a matter of the right tools and strategies. Conflict competence as a key leadership quality also means being able to recognize conflicts at an early stage and deal with them proactively and constructively. And in order to do that leaders need a differentiated understanding of conflict dynamics.

As much as individual conflicts do differ, interestingly, in some regards they all following surprisingly similar patterns – regardless of the specific characteristics of the individuals involved and their personal histories: If conflicts are not dealt with constructively they develop a life of their own. Without counter-measures even trivial, everyday tensions can end up evolving into deep-seated animosities. The longer conflicts remain unresolved the more difficult they become to resolve. Conflicts reach so deeply into our sense of self-esteem and our identities of those involved that the conflict parties will eventually have no chance of resolving the conflicts of their own accord.

Tensions and potential conflicts can be recognized in the increasing rigidity and vehemence with which team members argue their positions. Other perspectives are brushed aside or simply overheard. Discussions regularly end in fundamental policy debates. An effective and constructive decision making process seems next to impossible.

If leaders manage to notice tensions and potential at this early stage and address them constructively the chances that they will be successfully resolved are very high. What is needed at this early stage the ability of the leader to facilitate an open and constructive dialog in which the underlying issues are brought to the table. At this early stage of the conflict it is essential that in your role as a leader that differences and even tensions are not a problem….as long as everyone involved takes on the responsibility of developing a satisfactory solution.

When facilitating an open dialog about differences it is very important to distinguish between the positions of the different parties and the underlying needs and interests. Only then will the parties involved be able to realize that there is probably more than one possible strategy for realizing their goals.

If the parties involved manage to resolve their conflict they have a lot to gain. The experience of having successfully managed to resolve tensions and find a satisfactory solution to the issues at hand has a positive impact of the quality of the relationship of those involved. It strengthens their trust in their ability to cooperate and remain constructive even in tough situations. If conducted constructively tensions and differences often prove to be a valuable chance for enhancing the mutual respect and understanding among team members.

If you do manage to notice tensions and potential conflicts in this early phase and facilitate an open and constructive dialog you will be making an invaluable contribution to creating a cooperation, solution-oriented trust-based culture in your team.

Left to their own accord conflicts seem to develop a life of their own, becoming increasingly heated and spreading from one topic to the next. Before long verbal micro aggressions and ironic stabs have become a part of everyday dialogs. The conflict parties become increasingly convinced that their opponents are malignant out to harm them. Everything the other person does is interpreted as a maneuver and part of a power game all about gaining the upper hand. What initially started out as being a conflict of interests or perspectives has by now turned into a sense of animosity. Often the conflict parties alternate between feeling hurt and injured and angry and revengeful.

What makes resolving conflicts in this phase so difficult is not only the emotionally charged atmosphere. It is also that you are dealing with overlapping layers of conflicts in which one conflict area ignites the next. Factual arguments are perceived as being a personal attack, differing interests and needs are interpreted as being morally problematic and all of this takes place on a layer of mutual mistrust and suspicion.

Decisive for a lasting conflict resolution is that the underlying issues are addressed and resolved. If it is a conflict over resources that has turned into a interpersonal conflict, the interpersonal conflict needs to be solved before a mutually satisfactory and lasting solution to the resource conflict can be found. Heated conflicts often require restoring a fundamentally sense of empathy and trust before the underlying issues can be resolved.

In emotionally heated conflicts agreeing to communication rules such as speaking order and speaking times or formulating “I messages” rather than “you messages” can be a good idea. Tools and methods with which conflict parties are encouraged to look at the situation from a different perspective can also be very helpful.

Acknowledging the Boundaries of Your Conflict Management Competences

When dealing with heated and ongoing conflicts leaders are well advised to consider the boundaries of the conflict management competences. The longer the conflict has existed and the more heated it is the more likely it is that the conflict parties haved stop believing that a win-win solution is possible. They eventually become convinced that the only way the can protect themselves and realize their own interests is at the costs of the other conflict party.

If this is the dynamic you are indeed noticing you are well advised acknowledge that the conflict has escalated to a point where it can no longer be resolved internally and get external help. Left to itself the conflict will in all likelihood only become worse.

By this point the conflict parties are trying to build coalitions and use every opportunity they can to damage the image of the other conflict party. Their primary goal is winning at all costs. And after a while it is no longer even about winning at all costs but rather of damaging the other party. Conflicts that escalate to this stage are not only toxic for those involved but for the whole team, maybe even company. Unfortunately leaders often wait till this stage before they reach out for professional assistance. I often wonder why. My impression is a mixture of hoping the conflict will just somehow disappear and a lack of understanding of what the impact of effective conflict resolution strategies can be.

Conflict Management – a Question of Mindset and Competence

Left to their own devices conflicts have a tendency to escalate. The sooner tensions and potential conflicts are recognized and dealt with the easier they are to resolve. In these early stages dealing proactively with conflicts is a chance for helping to build trust and a open solution-oriented team culture.

The responsibility you carry as a leaders in dealing with conflicts is not trivial. Conflict competence in a leadership means having the confidence to shoulder the dynamics of conflicts and the skills to deal with them constructively.

If you feel you need a trusted advisor, coach or trainer to help develop strategies for lasting solutions and master the challenge of dealing with conflicts constructively we are glad to help.

Find out more about our Conflict Coaching..